More than two million people have fled Ukraine since Russia’s invasion began on 24 February 2022. To respond to the sudden large-scale displacement from Ukraine, the 2001 EU Temporary Protection Directive has been activated for the first time. This paper examines the key issues and questions raised by the EU’s temporary protection regime to people fleeing Ukraine, and the medium and long-term issues which can be expected from its implementation. It draws on lessons learned or ‘not to be learned’ from policies adopted by countries such as Turkey that responded to large-scale displacement from Syria, and others in South America, such as Colombia and Brazil, that responded to large-scale displacement from Venezuela. The paper argues that the solidarity principle enshrined in the EU Treaties needs to be substantially rethought and revisited. People fleeing conflicts and seeking asylum should not be subjected to illegitimate double standards based on their European or non-European origin or any other discriminatory grounds such as race, ethnic origin, and religion. EU asylum policy should be tailored and implemented in a way that upholds the notion of equal solidarity following a human-centric approach, putting every individual’s dignity and agency at the heart of its attention. Priority needs to be given to tackling institutionalised forms of discrimination and racism towards non-European asylum seekers and refugees, as these run contrary to the rule of law and fundamental rights principles enshrined in Article 2 of the Treaty on European Union (TEU). 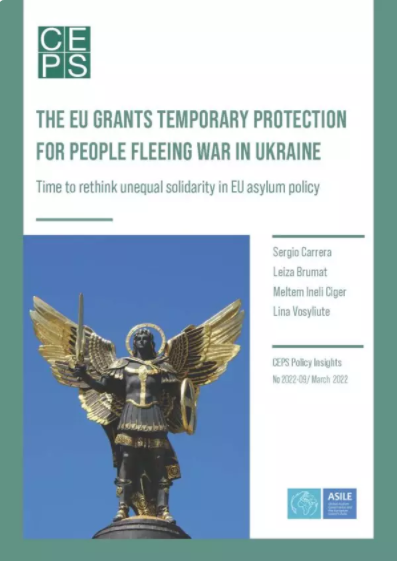